My most recent work has been with a great group of middle school science and special education teachers in Palmdale School District. I was thrilled to be working with such a enthusiastic group of colleagues, along with tremendous support from the Director of Curriculum and Instruction, Barbara Gaines, and Superintendent Raul Maldonado.

Below is an article from the Antelope Valley Press featuring the series of trainings. 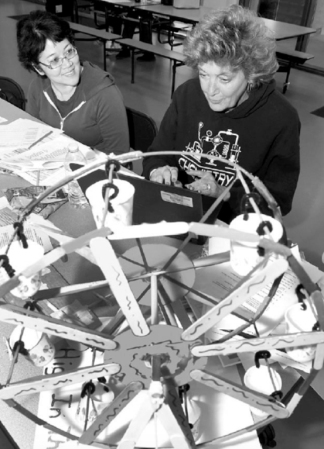 Aimed at kindergarten through 12th grade, the new standards emphasize the importance of having a deep understanding of science concepts and engaging in scientific thinking, education consultant Dean Gilbert of EDU Consulting said.

There is a kindergarten through second grade progression for each major idea in science, a third- through fifth-grade progression, a sixth- through eighth-grade, and a ninth through 12th-grade.

“Therefore, what happens in lower grades becomes essential for foundational knowledge and skills in middle school and high school,” Gilbert said.
Saturday was the third of three voluntary training sessions for the district’s sixth-grade teachers, seventh- and eighth-grade science teachers and the special education teachers for the three grade levels.

Educators spent the first two sessions, on consecutive Saturdays, developing an electronic lesson plan they used in the classroom. They spent the following six weeks teaching the unit. They collected student work and reviewed it on Saturday to see what worked, what didn’t work, how they would change it and how it reflects the new standards.

“This is all about collaboration about what they actually taught,” said Dean Gilbert, education consultant of EDU Consulting.

Gilbert said the units teachers developed at the training sessions can be downloaded to the district’s internal system for other grade-level educators to access.

Educators in 26 states, including California, Georgia, New York and Vermont, developed the Next Generation Science Standards in collaboration with stakeholders in science, science education, higher education and industry.

Gilbert, who taught math and science for 43 years before he retired, helped develop the Next Generation Science Standards. He was one of the original 80 educators to participate in the standards’ early development when California first got involved in the process.

He also was one of 20 educators selected by Tom Torlakson, state superintendent of public instruction, for a state science expert panel to finalize the state’s standards that were brought before the state Board of Education.

Eighteen states have adopted the new standards.  Statewide, implementation of the Next Generation Science Standards in California is mixed.

“It’s all over the plate,” Gilbert said. “You’ve got some schools that are just beginning the conversation.”

The state Board of Education recently approved a framework or how-to guide, that will be used to help publishers develop textbooks based on the new science standards. That process can take up to 19 months. The state then has to come up with an approved list of textbooks for individual districts to review.

In the meantime Gilbert encouraged teachers to use multiple resources to develop lesson plan units.

“There’s a lot of stuff out there as long as you have a filter to be able to screen for quality and to make sure that for each assignment it includes elements aligned to the new standards rather than just doing business as usual,” Gilbert said.  He said that is what the teachers did on Saturday.

“We wanted to be ahead of the game in terms of learning the standards and learning how to teach it better,” Overgaard said.

Lego-Valladares said the exciting part about attending the training sessions was the opportunity to work with middle school teachers.

“So we would be able to bridge whatever it is we do in elementary school to what the requirements are for them in sixth grade and beyond,” she said.

Overgaard praised the template Gilbert provided at the sessions.  “It helps us to consolidate our thoughts about what should be taught when and how,” she said.

Lugo-Valladares said concepts in the old science standards were superficial things such as simple definitions. However, the new standards should push students’ curiosity.

“We went from teaching that the sun is a star…to understanding why stars have different brightness and how that brightness means different things,” Lugo-Valladares said.

The new standards also are more fun for teachers to teach.

“We had a blast,” Overgaard said.

Students developed their own curiosity, which prompted them to ask questions of their own teammates.

“We were hearing these conversations and we developed questions from that which we will pursue,” Lugo-Valladares said.

The lack of state-approved science textbooks isn’t a problem for the teachers.

“If we have to do it ourselves we truly are going to understand the concepts that we’re teaching a lot more,” Lugo-Valladares said. “So the fact that there aren’t any materials yet for the district is kind of exciting for us because we get to pioneer it with the state.”

Golden Poppy Elementary School sixth-grade teacher Heather Andrews reviewed a lesson on the water cycle she gave her students. Andrews had images of water molecules on her computer.

“One of our issues that we’re noticing looking at the student work is that they kind have had an unclear idea of what a water molecule is,” Andrews said.

Andrews added they were trying to decide whether there were any changes they needed to make to the lesson to help students get a clearer understanding of the concept and get better grades.

Monique Armstrong, an eighth-grade science and STEM elective teacher at Millen Intermediate, said the training sessions have been fascinating.

“I feel like there is so much work to be done, but I am empowered to know what that work is and how to do it and to have colleagues to do it with,” Armstrong said.

“The way that NGSS is designed, now that I’m understanding it more, there’s a story to be told,” she said. “And I think that makes it more accessible and meaningful to the kids.”

Barbara Gaines, the district’s director of curriculum and instruction for intermediate schools, said district officials would like to bring Gilbert back for more training sessions, possibly this summer.

“This Next Generation Science Standards is so new and it is such a transformation that it is going to take several trainings before our teachers really feel comfortable implementing and planning lessons,” Gaines said.

Teacher feedback has been very positive, she said. “We could not have brought in anyone really more knowledgeable to relate with and to work with our teachers,” she said.

Attendance by teachers was optional at the three professional development sessions with Gilbert.

“Once we get into adopting the curriculum we will put it in the process at some point,” Superintendent Raul Maldonado said. “But there are some teachers who are very proactive.” 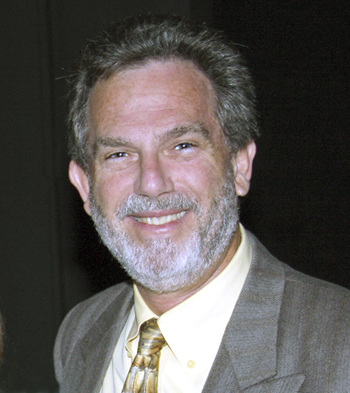